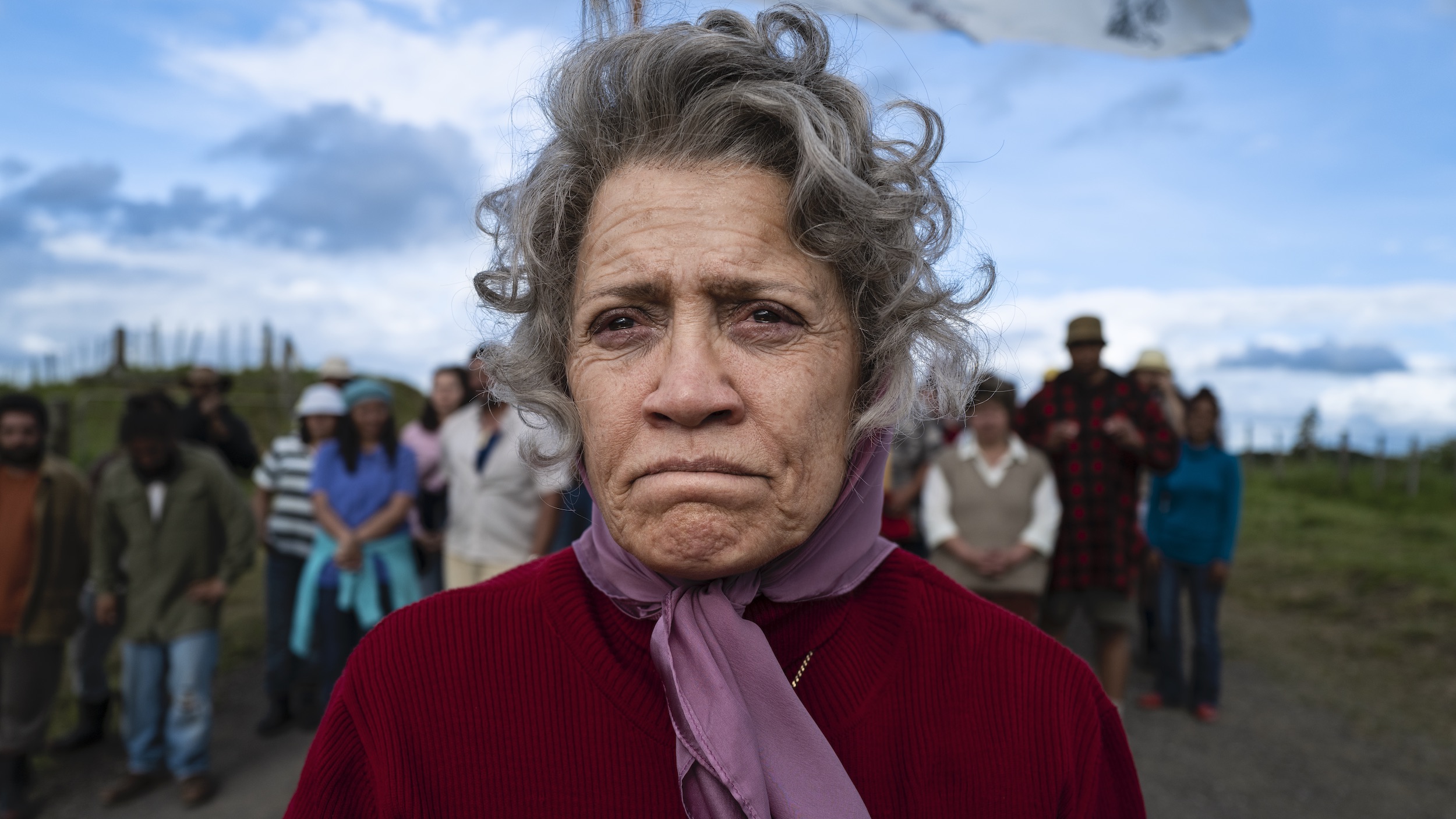 Above, we can reveal the first look at Owen as Cooper.

Whina (pronounced fee-nah), will see Owen play the role of Cooper, the beloved Māori matriarch who worked tirelessly to improve the rights of her people, especially women. At nearly 80-years-old Cooper became nationally revered as the ‘Mother of The Nation’ when she led the first Māori Land March over 1,000 kilometers from Te Hapua in the Far North to Wellington at the bottom of the North Island of New Zealand in 1975.

The period drama tackles issues such as traditional gender and cultural roles in NZ society, racism, land rights activism, female empowerment and justice and equality. Through the eyes of Older Whina the film looks back on the formative years of the icon of New Zealand’s political history as she broke gender boundaries and fought for the recognition of her own culture, all the while staying true to her heart and her beliefs.

Robertson and Whetu Jones co-wrote the script with James Lucas, whose short The Phone Call won the Academy Award for Best Live Action Short Film in 2015.

Funded by Ingenious Media and the New Zealand Film Commission, Whina, which is currently in post-production, was shot entirely on location in New Zealand, with a majority Māori cast and crew, and will be released in Australia and New Zealand by Transmission Films. Cornerstone will be screening first footage to buyers at the EFM.

Cornerstone’s Alison Thompson and Mark Gooder noted: “New Zealand is a country with a history of strong female leaders and the life of Dame Whina Cooper is one of its great legacies. Her message of unity over division is a powerful reminder of what can be achieved when you have the right woman in charge. We couldn’t be more proud to bring her story to international audiences.”