By Alex Ritman | The Hollywood Reporter 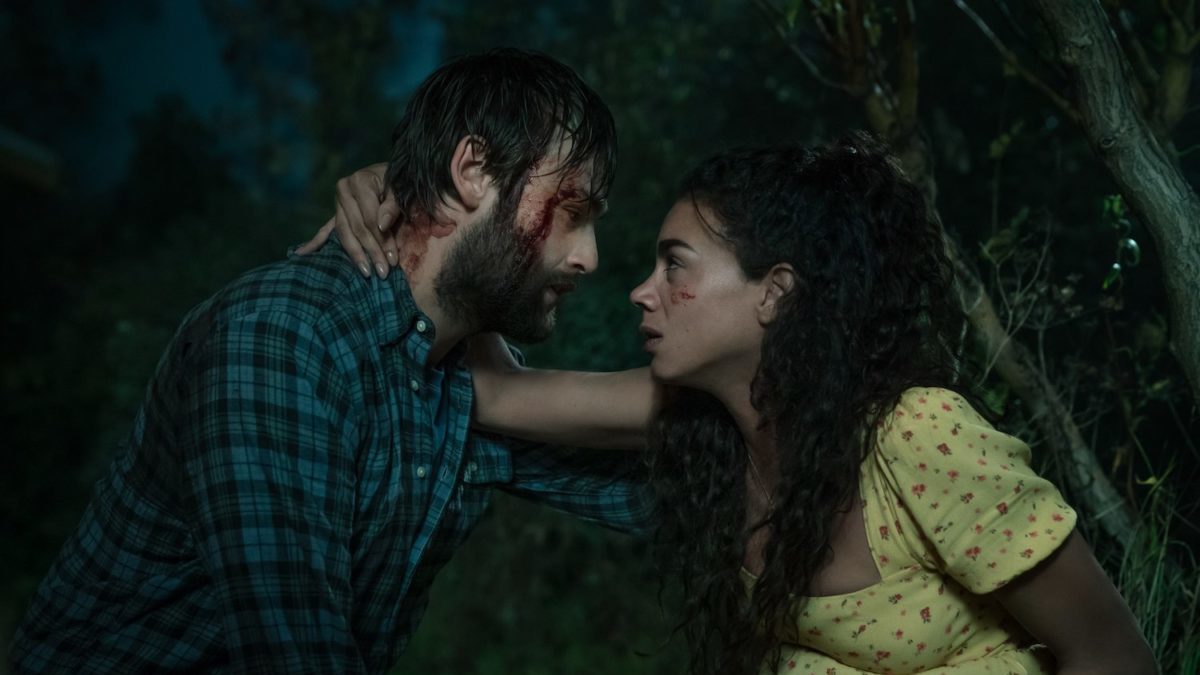 The Little People, Jon Wright’s creature feature horror film that was first introduced in at Cannes’ virtual European Film Market, has wrapped, with British stars Hannah John-Kamen (Ant-Man and the Wasp, The Stranger) and Douglas Booth (The Limehouse Golem, Loving Vincent) having been unveiled as the leads, together with a first-look image.

Warner Bros. has also acquired U.K. rights to the film, which follows a couple who escape their urban nightmare to the tranquility of rural Ireland only to discover malevolent, murderous goblins lurking in the gnarled, ancient wood at the foot of their new garden.

Cornerstone Films is handling worldwide sales and distribution and negotiated the deal with Warner Bros. on behalf of the filmmakers.

“I’m thrilled to be working with Jon and such a talented cast and crew,” said John-Kamen. “It’s such an exciting project, with all the different creative people involved both in-front of and behind the camera, and to have the support of Warner Bros is amazing. It was such fun to film and I feel very lucky to be involved.”

Added Booth: “It has been great working with Jon and Hannah and the rest of the extremely talented cast and crew on The Little People. Piers Tempest has pulled together a world class production team and it is a joy to see this world come to life. Immense gratitude towards Warner Bros for their support in bringing this film to an audience.”

The Little People is being funded by Ingenious Media and is produced by Piers Tempest (Military Wives, The Wife) and Peter Touche (Unhinged, Military Wives) as a Tempo Production in association with Automatik VFX. Tempo’s Jo Bamford, Alison Thompson and Mark Gooder of Cornerstone Films and Janine Modder, who has worked on the Bond franchise since 1997, are executive producing. Further executive producers include Matt Williams, Jamie Jessop, Andrea Scarso, Michael Reuter, Seb Barker and Doris Pfardrescher.